Jerry Adams to serve on "Paths to Entrepreneurship" panel April 3

﻿
﻿Progress Inc.'s Jerry Adams will be one of the panelists at the Nashville Area Employment Consortium's "Paths to Entrepreneurship: A Panel Discussion for Artists and Others with Big Dreams from 11 a.m. to 1 p.m. April 3 at Vanderbilt's Kennedy Center.
Jerry will be a featured artist on the panel, which will focus on the resources to support self-employment for artists with disabilities. Jerry, who lives in Cheatham County, is renown across Middle Tennessee for his watercolor paintings and other artwork that has been featured in galleries for more than 25 years. He has mastered selling and showing his work for several years.
The NAEC event will be held in Room 241 of the Vanderbilt Kennedy Center. To register for the meeting, visit Vanderbilt's website. A pre-ordered lunch will be provided by Bagel Works and Perks for cash pick up that day.

To view Jerry's work, visit the Kennedy Center during business hours.
Seven of Jerry's pieces are currently being featured in the Kennedy Center's Provocateurs, Entrepreneurs exhibit until late May. Below are more photos of his work. A group of Vanderbilt's Peabody College of Education students stopped by the Kennedy Center to review some of his art. 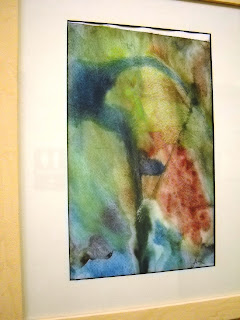 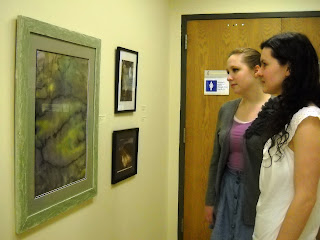 Posted by PROGRESS at 2:54 PM No comments:

YouTube VIDEO: Charles & Bill on the set of Fox17 commercial

Posted by PROGRESS at 1:23 PM No comments:

Posted by PROGRESS at 2:22 PM No comments: